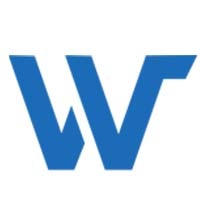 Other than one announcement, that too a year ago, The Mouse has been pretty hush about their plans. This has left room for extensive speculation that one would usually associate with just how sharp the screen of the next iPhone would be. Disney is trying to go big in today’s moving forward world but they have to be careful as if they are not perfect in deployment, this can be a major fail for them.

One major initiative of NextGen focuses on what is being called an xPASS, which would allow guests to book rides weeks or months in advance. Now, I am not so sure about that idea. Booking a ride in advance is like getting your son engaged to a girl before she is even born! You need to first experience it to know if it’s good or not. Let’s say if it’s their first visit how would they know which ride would be good enough to take twice or thrice? How can parents predict what their 5 year old kid would want to do again and again? We all know kids are unpredictable and when they don’t get what they want they can turn the world upside down with their cries and shouts. Disney needs to keep a check on the advanced reservation and needs to keep it limited so there is room for spontaneous people joining the ride and also for the late bookers. A lot of people would be unable to get bookings for the popular rides if all of them are booked in advanced.

A second part of NextGen supposedly is RFID — Radio Transmitting Bracelets, which I feel can be very helpful and is definitely a move forward as it will allow Disney to keep a track on you throughout your visit. It would ask you for specific information like credit card details, name and favorite attractions. Using these details and the sensors deployed throughout Disney’s resort it would trigger interactive features. Yes, this means that an attraction may greet you and your family and call you by name.

In effect, a Disney park would become a little more like a website; it would be recording where you’ve been and the choices that you’ve made. Note that this could make running a reservation system a little easier. Their RFID also helps in the advanced booking process, as it would be easier to locate someone who has booking for a ride at a specific time and it could be given to another waiting customer if they are not nearby.

Imagine the data Disney would get if they implement this. Data is without doubt the most powerful tool and if Disney pulls this off they would have huge amounts of it.