Enticed by the abundance of vowels and motivated by a spirited delight in facilitating personalised and human visitor experiences, Hakim is a digital content strategist at Wavetec. She specialises in the articulation of queue management and self-service solutions, edifying them to wider networks of businesses.

The pandemic has caused many a plan to fail, be postponed or more heartbreakingly, cancelled. And conspicuously aware of how insensitive this makes me sound, I ask - will we be able to enjoy ourselves again? Will we be able to form meaningful and intimate connections with live performances and works of art public spaces again? Will mass entertainment be able to bounce back or will a lack of public confidence be the death of it? In light of the soon-to peak second wave, these are pressing queries. 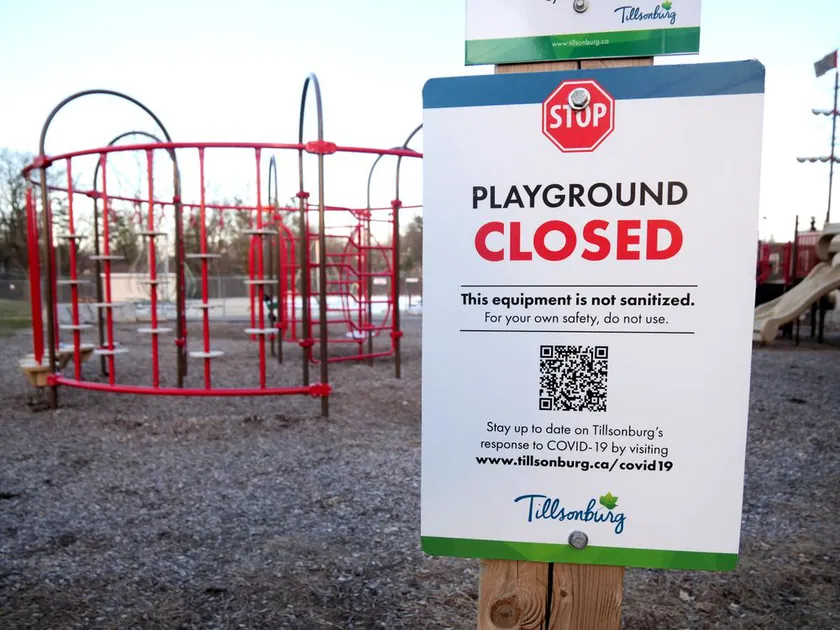 Entertainment options and their providers face the pressure from government guidelines and SOPs, which reduce capacity, lead to layoffs and falling sales margins and profits. Can traditional entertainment survive this pandemic, or are we looking forward to a future of bittersweet loss and adjustment?

The arts and their preservers

Housing art, cultural artefacts, natural sciences, archaeological findings and much more, museums are anthropological paradises that positively and selflessly contribute to the social, economic and cultural life of the city they serve. But as many aspects of 21st century life must, museums too need to digitise. And it is just this move to the future of art dissemination and global collective ownership that could save these institutions, nay titans of culture! 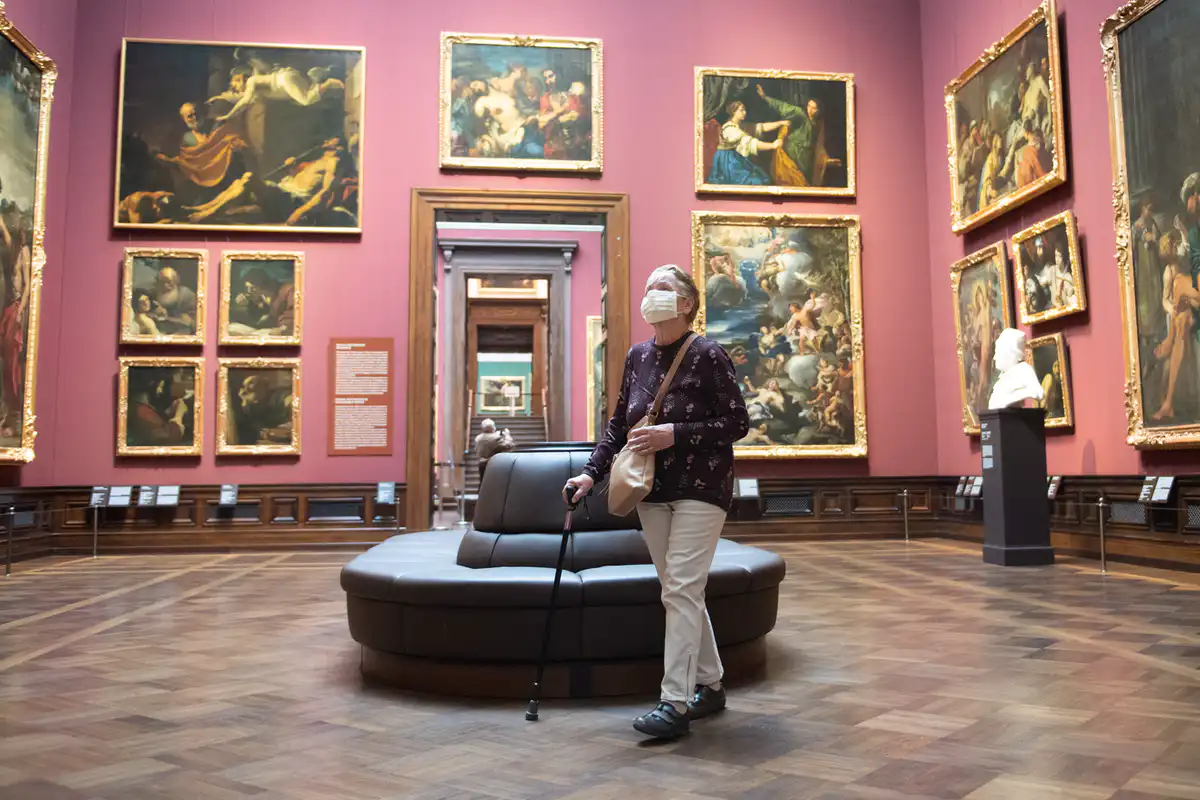 How have museums reacted to SOPs?

Safety measures like abrupt shutdowns or phased closings, bookable time slots and established one-way movement, are clearly responsible for the economic difficulties of museums who now rely on spending, support and donations from supporters, philanthropists and visitors to survive - as well as any stimulus package from the government, be they so lucky. No longer can the passerby pop in for a look around, spend some time and money at the cafe and be on their way, blissfully unaware of the ecosystem they have helped prop up. But while exhibits are rescheduled and international tourism is allowed time to return to pre-March 2020 levels, changes in the way museums are managed, exhibits displayed and re-openings planned, are necessary. 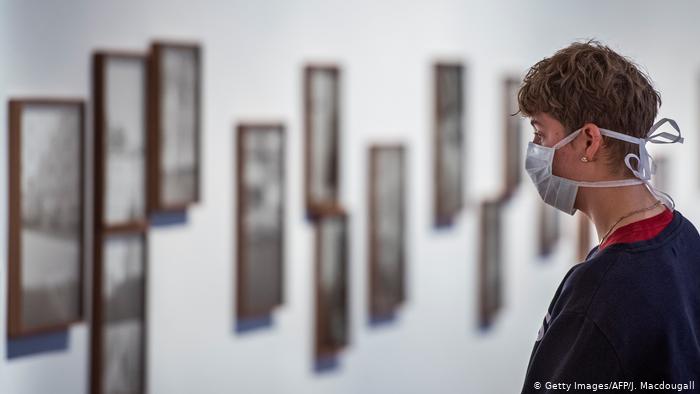 Some insiders and curators believe that sharing collections with the wider network of museums will help reduce their carbon footprint as well as allow for the sharing of insurance costs. Others focus on the idea that inclusive and stimulating content is a sure shot way to inspire back crowds. But all of this needs to be paid for, and social media, or rather the online digital platform, is the answer. Starting with the much-copied Getty Museum initiative, recreations of art with household objects have taken off, especially on platforms such as Instagram and Twitter, while Zoom has found itself host and facilitator to many exhibition openings and live streamed talks. Hope too is well and alive in the active ideation of subject matter for future exhibits, the most popular of which will undoubtedly be those pertaining to life during the pandemic! 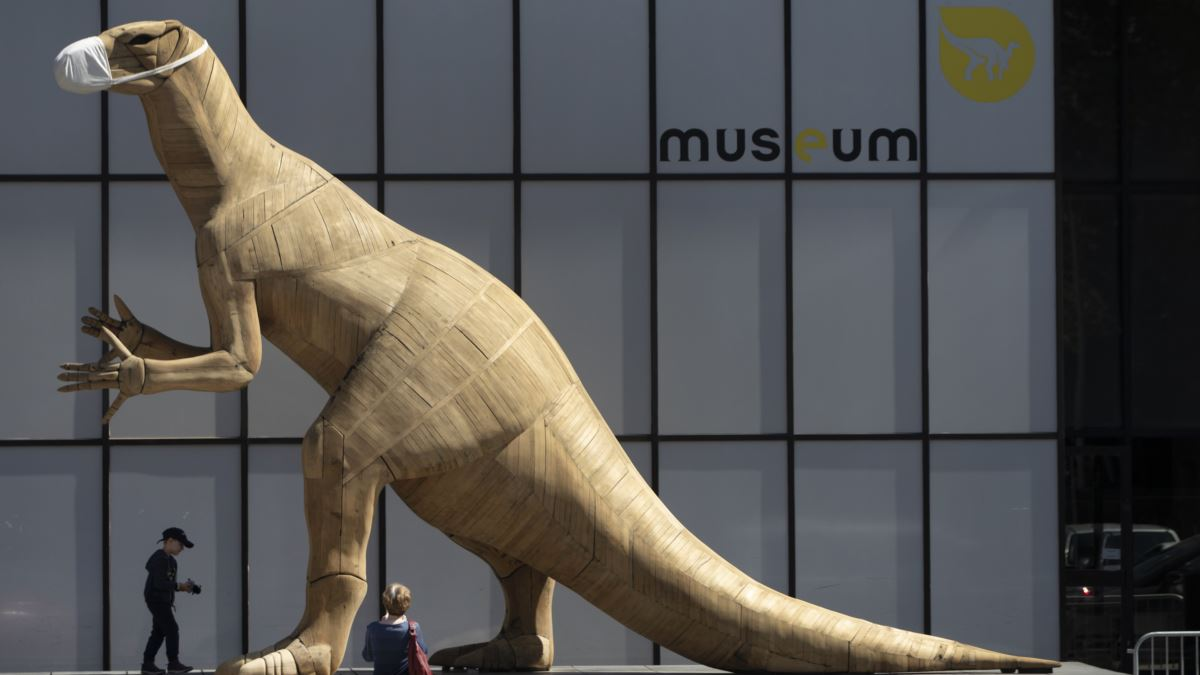 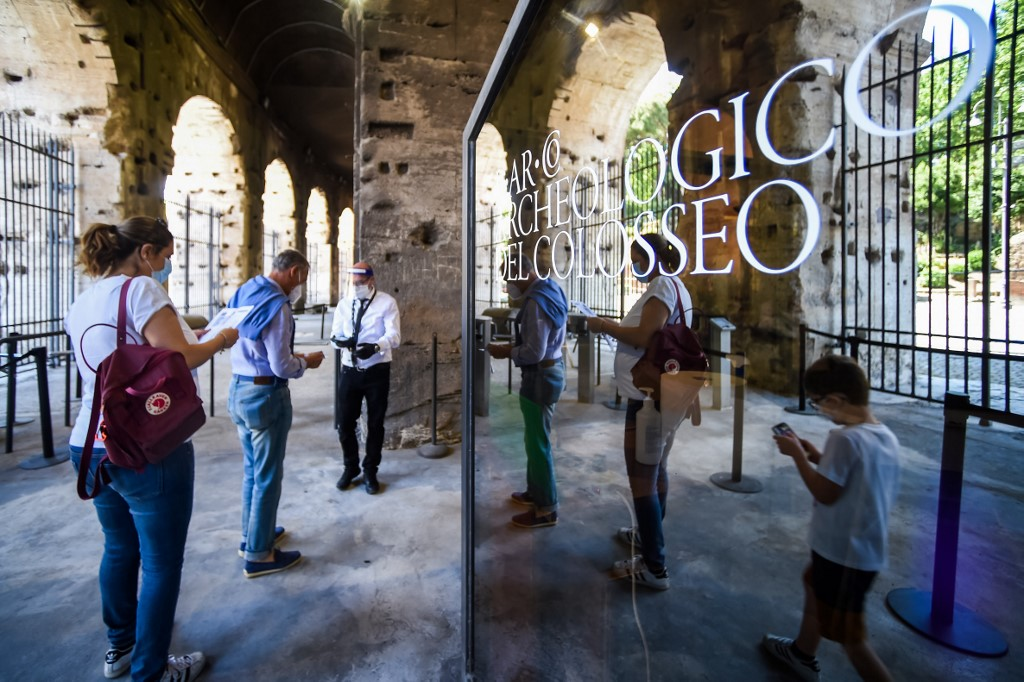 The future for museums and their inhabitants

Covid-19 has catalysed the movement to and adoption of a hybrid form of consumerist art - physical showrooms and art fairs in conjunction with digital platform sales can together supplement earnings. Drive-through exhibits could also be an option. The personal touch of the physical and the ease and convenience of a digital platform will be hard to beat, regardless of what the future of alleged bio-terrorism holds. And support on this transformative journey is needed, especially in the form of queue management technology. This includes virtual remote queueing, perhaps using WhatsApp as a means, booking appointments or viewing slots online, people counting software, customer feedback opportunities and the analytics solutions. All can be availed of, integrated with and facilitated by the use of an app, something most museums have already set up for themselves! These ensure that social distancing guidelines are adhered to, that customers can avail of real-time notifications regarding queue status, that bookings can be made from the comfort of home, that occupancy limits are not exceeded, and finally that customisable dashboards produce reports of customer feedback and preference, as well as heavy traffic periods. 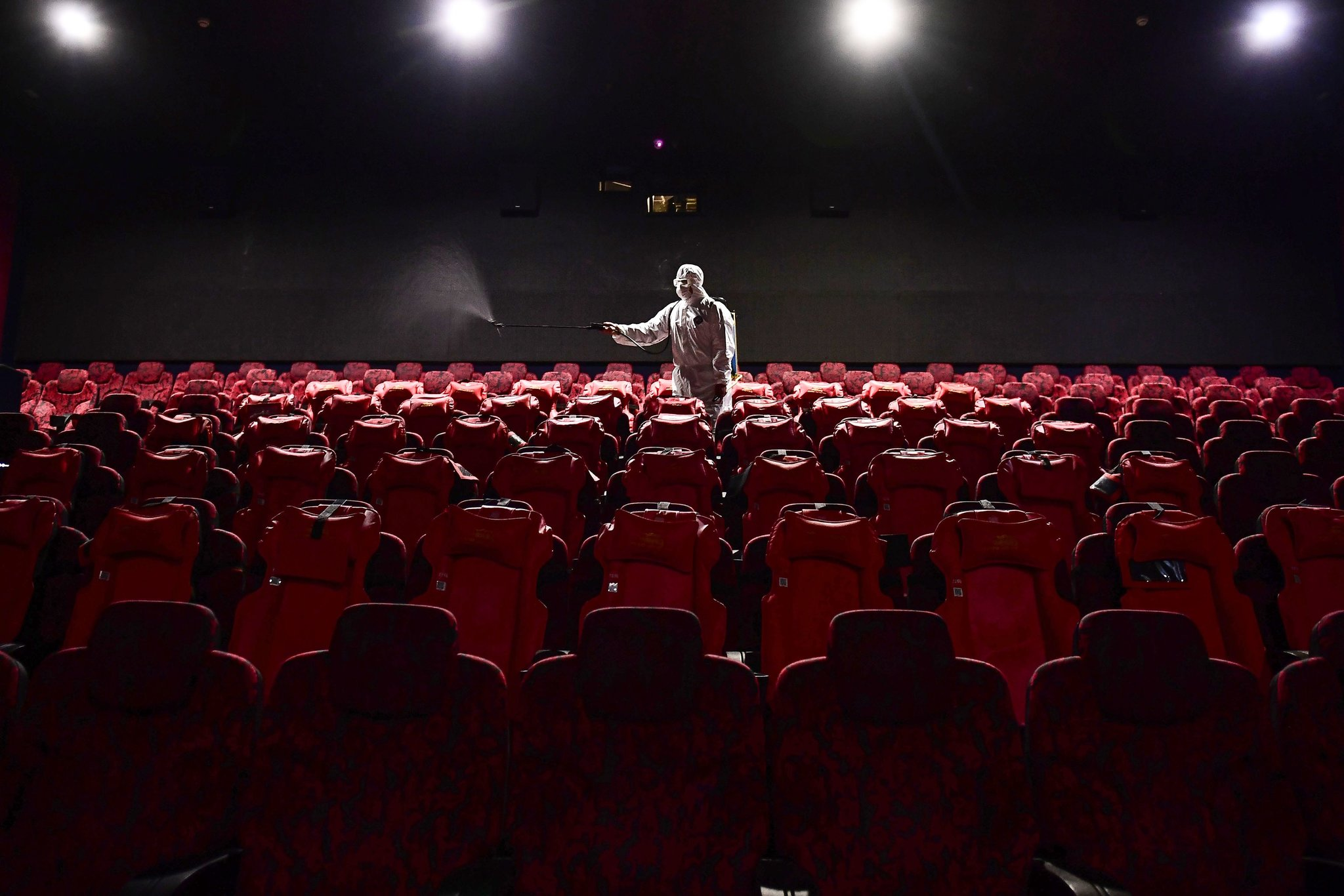 Live streaming platforms, torrenting and television have long been hailed as the executioners of cinema culture, and yet here we are. For the first time in a long time (including the World Wars), cinemas have been closed down to the public. The communal experience of dropping popcorn, laughing or gasping aloud with fellow enthusiasts and the completion that accompanies the final roll of the credits - truly a magic of its own. And one not yet lost.

How Cinemas are expected to continue surviving

Cinemas need blockbusters and new releases to keep their doors open. They now have a 17 day window, between the box office release and the home streaming facility being available. With the pandemic arriving, and this window needed more desperately than before, production houses are unwilling to release any big name movies, given how badly Mulan and Tenet did. Directors like Scorsese and Cameron warn that more than 2/3rds of cinemas could face permanent closure if emergency government packages do not bail them out. 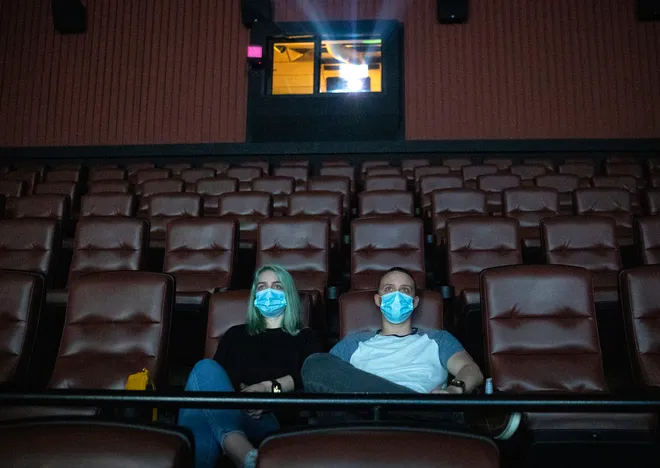 The oft-blamed streaming platforms are seen to be taking away from the joy of going to the cinema, allowing the privilege to be had in the comfort of one's home - an option all the more attractive since March. But news that Netflix bought its first cinema in 2019 is hope enough that despite running on a different financial model than production houses, streaming will not allow cinema culture to die out just yet. There is hope also that this could be the early signs of vertical integration - and soon they could be running cinemas at a loss while collecting hefty profits from subscriptions and merchandise sales. Streaming services have stepped up for the industry in ways that traditional distributors have been unwilling. The latter has been unsustainable and slow to adjust, while the former is the harbinger of adaptation, change and evolution. Additionally the use of the app will make the transition to self-service contactless solutions all the smoother!

The evergreen cinema and the strategies of survivors

Meanwhile, existing cinemas have found ways to stay afloat, be it with a strict adoption of health protocols, enforced social distancing and online screening bookings that allow for a virtual bubble to be created. Screen times too are shuffled around with the help of software to maintain occupancy limits and allow staff enough time to sanitise and clean. Others have, rather ingeniously, decided to diversify showings, and picked more classic and indie movies, to whet the appetites of more diverse cinema-goers.

With falling consumer demand and consistent fixed costs, it seems independent cinemas are upholding the cinema experience for now. A mighty cross to bear, but not necessarily alone. The software spoken of above could be modified and complemented with the installation of an occupancy management system. The features described above are ideal for cinemas, where not only do social distancing guidelines need to be followed, but app-integrated self-service solutions, remote queueing, online ticket booking and paying must also be facilitated for a friction-less and safe cinematic experience. 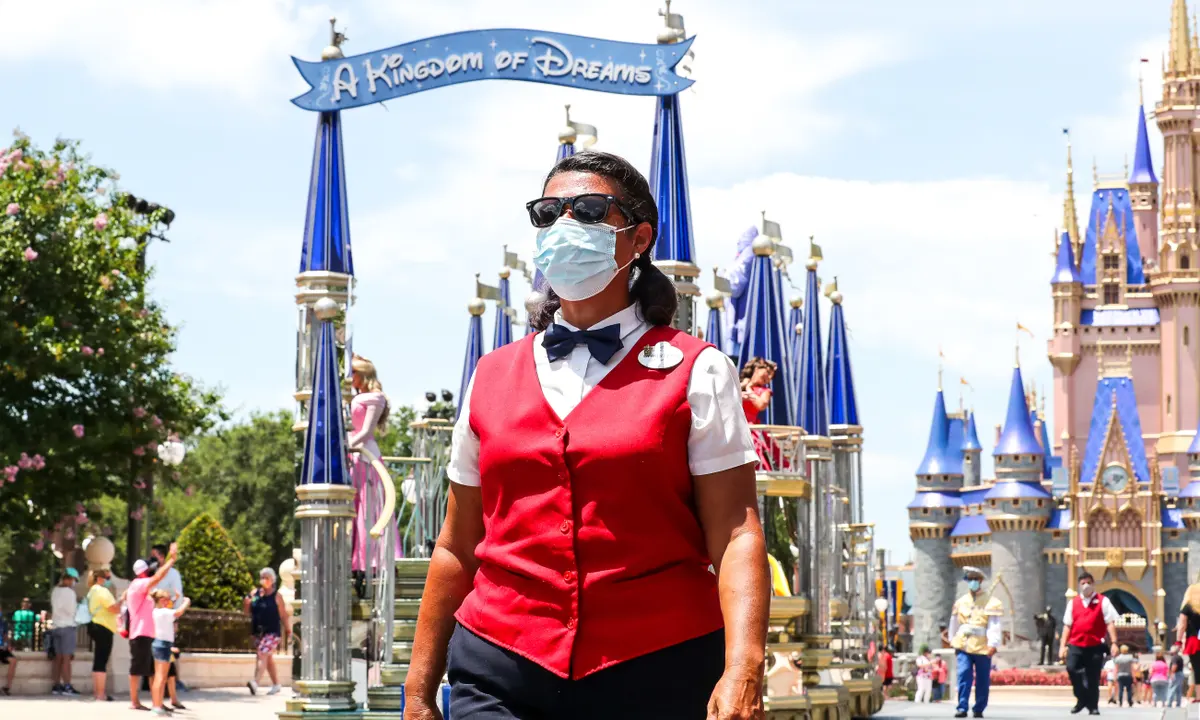 Not so much on the chopping block as other forms of entertainment, amusement parks still face early closing times and depleted capacity. Government guidelines state that the longer the crowds interact, and the larger they are, the greater the risk of transmission even after the fact. And so most establishments have adopted coping mechanisms.

Some like a park in Ohio have introduced online reservations to manage queues, while others are allowing for more self-service options of getting onto rides, and playing single player games at a time. Advice from financial experts suggests that those who are sustainable at lower capacities ought to cut additional costs and wait out the pandemic. But with sunk cost and rising fixed costs for each ride, it would be worth a try for those willing to re-open securely to seek expert consultation on possible software additions and advice regarding remote virtual queueing, people counting and feedback forms.

Years in the making, and still with the times

The repository of the arts, theatres have seen public performances and rehearsals cancelled. But their fight against the pandemic and its crippling restrictions has been admirable and worthy of emulation! Many houses have offered free online streaming of previously recorded performances to an entertainment starved audience, while other players like Patrick Stewart have taken to Instagram live to give daily readings. And amidst a flurry of Zoom performances by actors, orchestras, singers, dancers and other artists, the industry has proven a commitment to the protection of their own, without it costing the art more than it already has. Specialised PPE has also been designed for artists to help keep the fabric away from their mouths, giving them greater access to the use of their voice, mouths and instruments. A fine example of people and ideas coming together for a greater good. 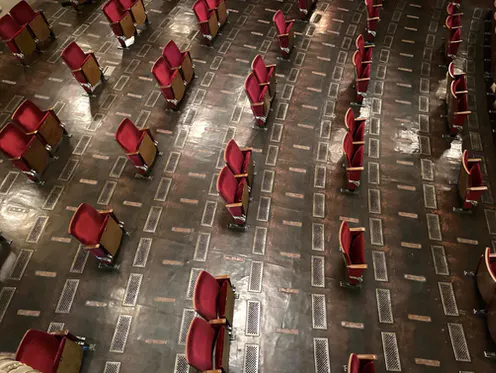 Survival is a must but so too is re-opening, now that the paranoia and fear has subsided somewhat. And when that happens queues will need to be managed, social distancing enforced and lessons of the pandemic learnt. Services will need to be digitised including bookings, ticket purchases, queueing and reviewing.

Undoubtedly, the pandemic and the multiple lockdowns, not to mention the psychological impact of such, have caused many a business and industry financial anguish. But with the end now in sight, as far as vaccine races go, it can optimistically be said that re-openings are enthusiastically anticipated. Confidence is the emotion of the hour, and he who inspires it, gets the greatest returns in ticket sales!