In banking, CDM is short for Cash Deposit Machine and it performs the opposite function to an ATM or Automated Teller Machine; it accepts deposits against a customer's bank account instead of dispensing cash from the same account. CDMs are freestanding kiosks that may be wall mounted as well and they have a very similar interface and user experience to more recent iterations of the ATM. 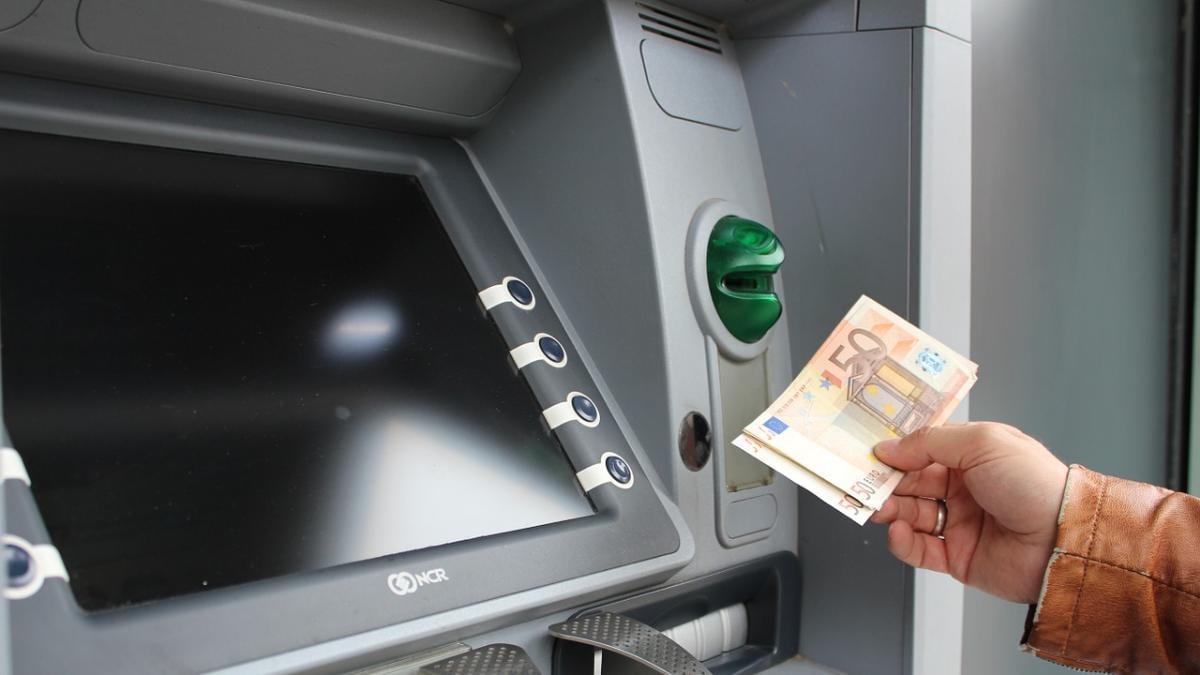 The Origin of CDMs

Technically, the first cash deposit machine in the world was introduced and deployed in 1989, but it wasn't until the 2000s that it became popular in regions like the United States. It became popular because customers wanted easy access to deposit cash just as conveniently as they could withdraw it using ATMs. The convenience of a 24/7 access kiosk is what drove the success of both, the ATM and the CDM.

Another reason for the inception of the idea of a kiosk that accepts ATM deposits was to optimize bank branch operations. You see, majority of the transactions that take place in a bank branch on the daily are deposits, be it cash or check. And manually processing these deposits introduces a few problems:

These were the main reasons that determined the need for an automated system for accepting deposits. This is what bred the Cash Deposit Machine and later, a similar kiosk that also accepted checks.

The initial deployments of CDMs were met with negative critique from naysayers, but soon people realized the undeniable benefits of the technology. With banks and financial institutes being able to move more transactions from branches to kiosks, customers would no longer have to enter branches for everyday tasks like making a deposit or withdrawing some cash. The ability to install freestanding kiosks in public locations unlocked scenarios which were previously impossible:

Beyond, deposits modern banking kiosks are able to achieve a lot more and provide immense value to customers and banks both. Since 1989, CDMs have come a long way and bank kiosks can now be programmed and configured to perform a number of different workflows:

Some more advanced kiosks also provide services such as the ability to pay income taxes and even apply for loans.

The Anatomy of a CDM

Many self service solutions providers will allow you to configure a banking kiosk that works for you and your use cases. Here we have a pretty standard example of a modern Cash Deposit Machine. 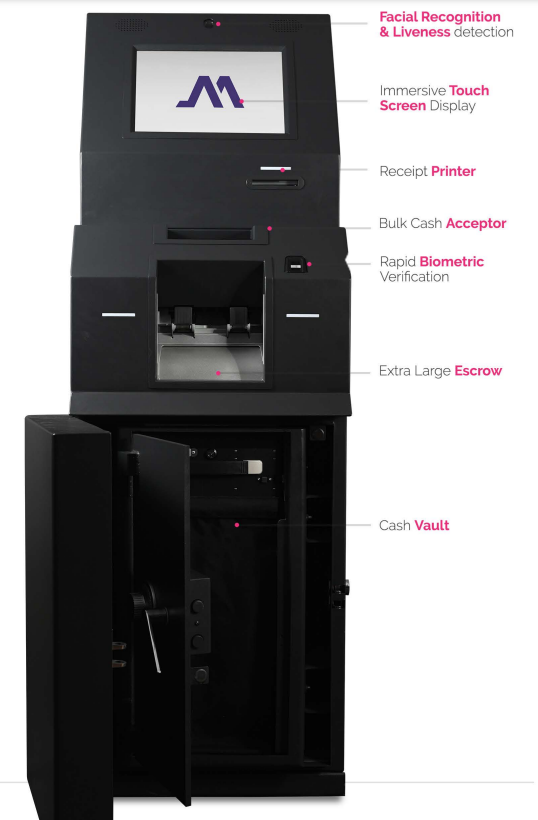 As standard options, CDMs will have a touch screen interface, some form of biometric data collector, a cash vault or bag and most importantly, a cash acceptor. Other options include a card reader, check scanner, document scanner and so on.

Most common biometric sensors found on CDMs are fingerprint sensors and facial recognition and liveness detection cameras. These sensors serve the purpose of identity verification when accessing one's account or onboarding new customers.

These kiosks have vaults or bags that store deposited cash similar to ATMs. The capacities of these vaults differ and can be customized based on a financial institution's requirements.

The most important and definitive module of a CDM is the cash acceptor, the thing that gives it purpose. These modules can be differentiated by their cash-in capacity i.e. bunch or bulk. Bunch deposits are limited to 50 notes at a time while bulk deposits can accept up to 500 notes at once.

CDMs aren't limited to the above mentioned capabilities and can be equipped with additional modules to exponentially increase their capability:

The Future of CDMs

According to our trend analysis within the banking and self service industries, CDMs have become a staple in North American and European markets, and are slowly making their way over to developing markets as well. CDMs are not only convenient, but they offer a means to increase financial inclusion rates in regions with a higher number of unbanked individuals and a small network of bank branches. 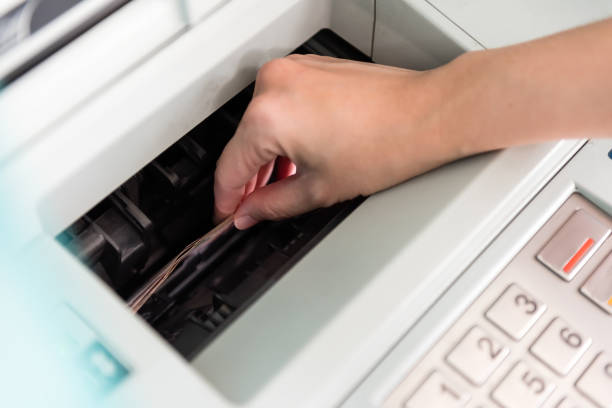 The ease of access to this technology for both online banks and customers makes this an easy solution to test out services in regions with less financial coverage. Also, digital transformation with self service is the future for a lot of these industries including telecom, retail and quick service restaurants.

Reach out to our self service experts today to configure the perfect solution for your financial institution or banking needs.